We’re not far off from a time when everything people do in public will be videotaped at all times. How does this shift impact the way people behave in public? Or does it? We asked 50 people across the country to weigh in – with a twist. Using mindswarms, we had people speak on video about their feelings regarding this shift. Then, we had people record their feelings on the topic WITHOUT ALLOWING THEM TO USE WORDS – we only permitted gestures and body language.

What we found through the video responses was that while people SAY they are not concerned about the proliferation of surveillance cameras in public, their body language indicates a much deeper fear, distrust and level of anxiety than their words.

As researchers, what more can we learn about human behavior through nonverbal expression? Mobile video is a medium that allows us to connect with people on a level beyond verbal communication, providing another layer of data and resulting in deeper findings. 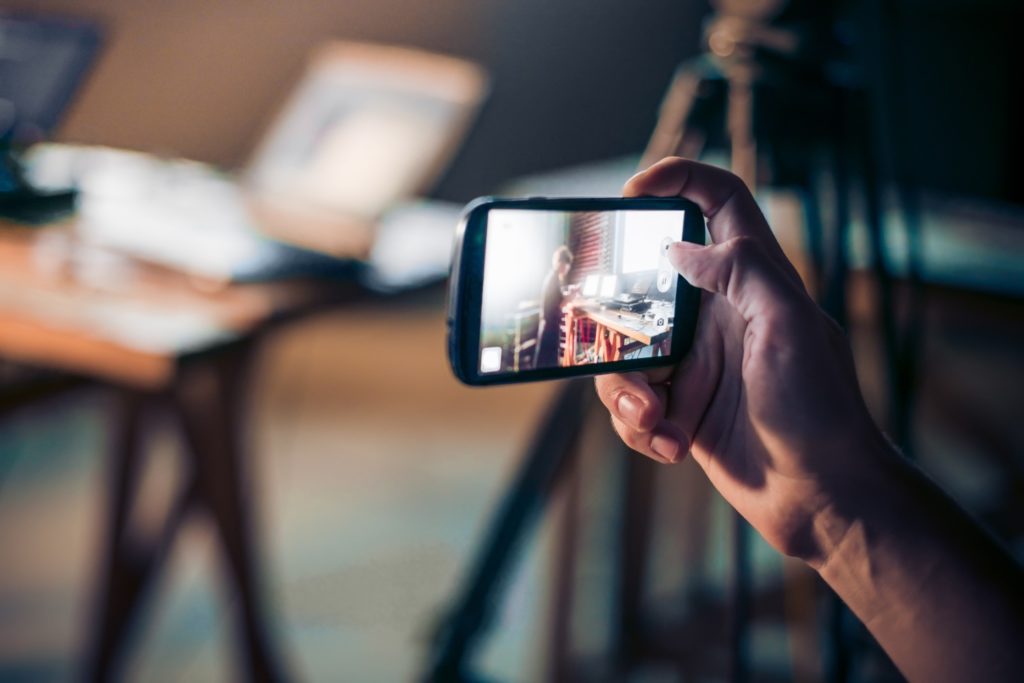 Why not use words?

We prompted a straightforward, verbal video response from respondents around how their behavior might change if they knew they were being videotaped at all times. However, we also wanted to take advantage of the mobile video format of the mindswarms study and thought we’d give a nonverbal question a try, for the sake of experimenting with the platform and a new research methodology. So, in their second answer, respondents were only allowed to use body language and gestures – no sounds. The responses we got back were not only extremely expressive, but deeply insightful as well. The speech center is located in the left hemisphere of the brain – the left side tends to be more logical and rational. However, by limiting consumers’ responses to gestures and body language only, we wanted to understand what the right hemisphere might reveal on its own, without having to pass through the left side.

In short, while people SAID they wouldn’t really be bothered by the idea that all of their actions were being videotaped at all times – largely because they say they have nothing to hide – their body language replies surfaced their deep-seated fears.

I don’t really do anything weird when I am out in public. So my behavior probably wouldn’t change very much. S.P.

For me personally, I don’t really do much that would cause controversy, and I’m always trying to act my best at all times. – Matthew F

The unconcerned sentiment in these responses surfaced a connection that people make between their everyday behavior and its reflection of their moral compass, or how “good” of a person they are. In a full response to this question, respondents commonly articulated a whole thought process, making a connection between the two. 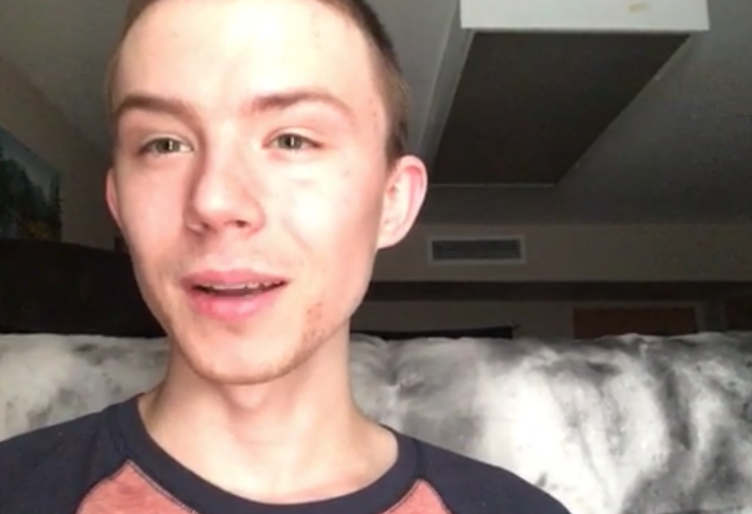 If I was being recorded all the time, I don’t think it would change my behavior because I don’t think that in public I’m doing anything wrong or something that needs to be in private. It would just make me kind of look over my shoulder more and feel like I’m constantly being watched, which I don’t think would be the greatest feeling. I think that would kind of give me anxiety. So, maybe in that regards, I would kind of act out my anxiety. Because no one likes to have someone just watching over your shoulder all the time. But if you’re not doing anything wrong, it shouldn’t change your behavior. So, unless if you’re doing something wrong, I don’t think it would change my behavior at all.
-C.B.

After thinking about this question and talking through their thoughts, the common perception was, I’m not a bad person, so I have nothing to hide.

While people verbalized that they feel confident that their actions are nothing but ordinary, their body language expressed otherwise. Respondents were presented with this prompt, Without using any words or sounds, show us how you would feel emotionally knowing everything you did in public was videotaped at all times? (You can use your hands too!). Watch the video below for a highlight reel of the findings.

Their body language revealed in the responses show several patterns:

• Looking over the shoulder

• Shielding themselves with their arms and/or their hands

They physically move away from their camerasThese patterns revealed a less logical, more emotional sentiment around the topic. Surprisingly, people did not express the nonchalant confidence that they verbalized in the other prompt. Instead, they expressed emotions that represent anxiety, insecurity, and fear around the thought of being video recorded at all times.

What does the disconnect between what people said and what they expressed through body language tell us?

The language center of the brain, which serves for speech processing and production, exists in the left hemisphere of the brain, considered the analytical/logical side of the brain. Prompting the nonverbal response, eliminated respondents’ dependence on their language center. Instead, respondents activated more of their right brain in their nonverbal response, more deeply expressing their true emotions (the right is the more dominant emotional side).

People are used to communicating verbally and applying logical thought to their comments, which results in thorough, logical responses. However, for complex topics and situations, the application of logic can dilute the emotional response after the respondent has had time to sort through their thoughts. For this reason, activating the right brain can help us to capture both parts of the response – the raw emotion at the beginning, as well as the articulated, logical response.

LESSON #4:
Engage other forms of expression for deeper insight

LESSON #5:
Getting the most out of mobile video

Outside of being creative in question design in order to facilitate eliciting insight, mobile video presents multiple advantages in terms of reaching the emotional, nonverbal, unspoken parts of the human psyche:

• Nonverbal Cues: Every mindswarms video response (not limited to the strictly nonverbal prompts) captures nonverbal cues and makes them accessible, which text only or audio only formats lack. The facial expressions and body language are weaved into the respondent’s articulation are captured in each video response.

• Participant Setting: By engaging respondents through mobile video, we allow them to respond where they are most comfortable (unless otherwise prompted), which returns a very genuine, unguarded response. Great for emotional topics!

• Lack of Moderator: Without a moderator in person, mobile video allows us to leverage respondents’ comfort with their phone. Think of it as a confessional type setting – people have intimate relationships with their mobile devices, and you don’t have to put much effort into making them feel comfortable sharing their thoughts.

Creative Use of Mobile Video Studies:

Mobile video surveys in this study helped us try an out-of-box question design, which opened up a window into the creative, emotional right brain of respondents. With an easy way to quickly reach respondents from across the country, we were able to experiment with a simple two prompt approach and compare two question formats. Visit www.blog.blog.wp.mindswarms.com.dream.website/resources/  more on unorthodox and unconventional uses of mindswarms.

So What About You?

What sorts of other nonverbal cues have you noticed when interacting with people? What other ways can we encourage the use of the right brain to gain deeper responses from respondents that reflect their true emotions?

How else can we leverage consumers’ intimacy with mobile video to reveal their deeper connections to cultural phenomena, personal topics, brand and product connections, etc.?

Special thanks to the people who shared their personal stories and insights with us as part of this mindswarms study.

Panopticon: The inspiration for the article

The idea for a Panopticon was coined by Englishman Jeremy Bentham in the late 1700’s. Bentham had an idea to create a prison where all of the prisoners’ activities could be seen at all times by guards, but the guards couldn’t necessarily be seen by the prisoners. Beyond the practical side being that the system required fewer guards, his end goal was to normalize behavior by having the watched watch themselves, and police their own behavior as a result.

This is analogous to what’s happening with video right now.

It seems like every day, there is a new viral video clip of something out of the ordinary going on in the world: people getting dragged off planes by police officers, a man riding down the highway clinging to the hood of a car during a road rage incident, high school kids and an elder Native American appearing to be in conflict, or thieves returning to steal more, and getting apprehended.

So the question arose: when will the fact that people know they are being videotaped at all times impact their behavior? And if so, how? Or if not, why not?

Subscribe to our newsletter
Get notified about the updates, latest news and studies.
Get consumer insights delivered straight to your inbox
Your email is safe with us. We won't spam.